Closing in on the end of the chest of drawers...

I've been neck-deep in the decorative painting process the last few days. After getting the ground paint applied and waiting for it to dry (linseed oil paints take a while, even with Japan drier added), I shellacked the piece to seal it. This enables me to easily remove any painting mistakes should I happen to make one (helpful hint, I always make painting mistakes!).


With the ground paint sealed, I first did the freehand graining on the deep drawer moldings. I simply opened my reference book to the relevant page, mixed up some slightly thinner-than-normal red ochre paint (can't use red lead like the original!) and went to town. The results are below. 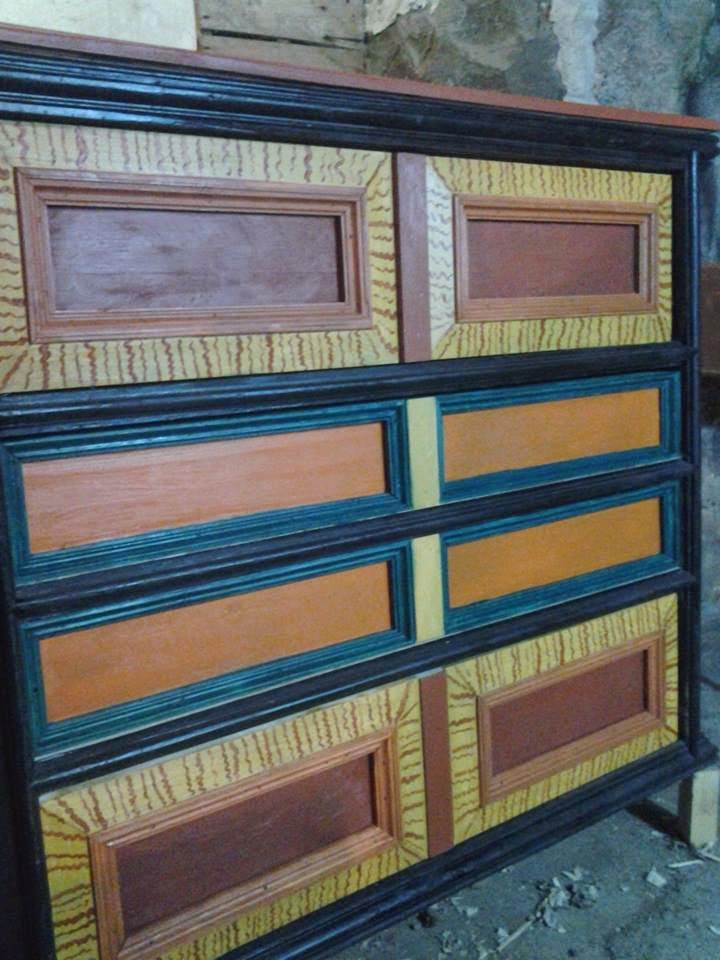 After sealing the lines with another spit-coat of shellac, I went after the "random crescent" design on the side panels. Frances Safford of the Met asserts that they were to simulate oyster veneer. I'm not so sure about that, simply because I don't understand why the ground would be red. I believe they were more of a tortoiseshell look. Now, I'm not 100% happy with the design here, but I was just trying to make it look something like I think the original would have, as the original has severely degraded over the last 300 years. It looks a little funky up-close but definitely adds something to the decoration when viewed from a distance (which is exactly the point of such decoration). 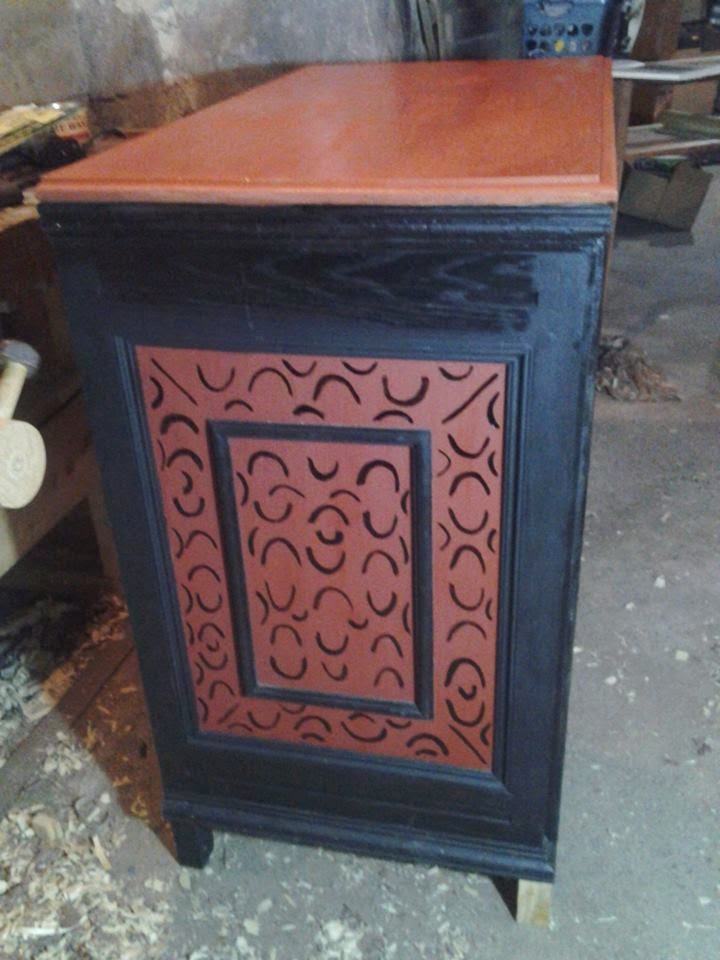 After that, I did the vine work on the shallow drawers. Again, this is free-handed from the picture in Safford's catalog. I've also painted and installed the turned feet and sealed the new paint work with shellac. I think it is pretty successful. 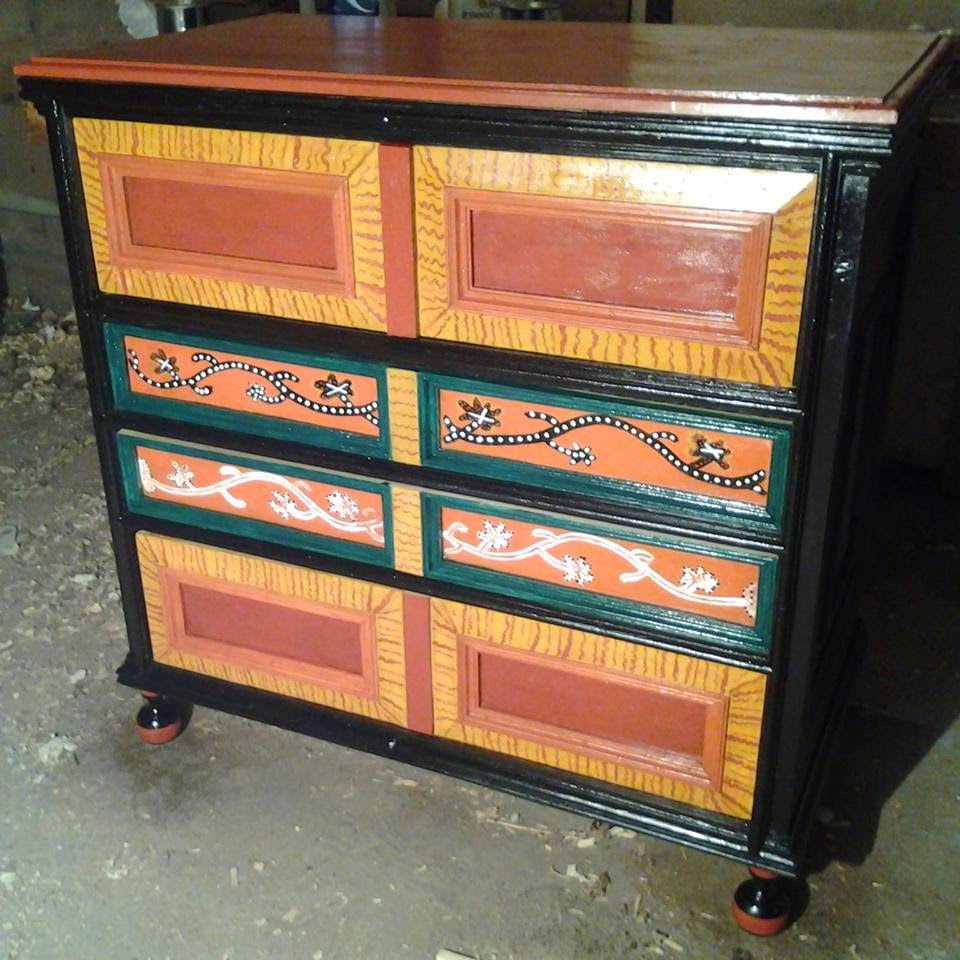 I still have one design choice to make. I find it odd that the top panel would simply be painted in plain red, when every other available surface is dominated by decoration. I emailed with the Met conservator who worked on this in the 90s, but there is no evidence of additional design in the top according to the chemical analysis. However, this isn't as damning as it appears, as the top surface is almost totally devoid of any paint, with the exception of red pigment particles lodged deep within the pores of the wood. I suppose 300 years of people putting stuff on top has worn away anything that may have existed. So, I have to decide if I want to speculate and decorate the top. I lean towards doing it but I'm not sure yet.

Also, I need to paint the floral and leaf designs on the deep drawers, but other than that, I'm pretty much done. Some simple hardware installation and I'll be ready for "good" photography. And just in time too, since the application for the Early American Life Directory of Traditional American Crafts is due next week. I should have this done in time for that.