c. 1690 Dutch cabinet at the Toledo Museum of Art

This past Saturday, I was able to take a brief excursion down to the Toledo Museum of Art. I had never been before, which is ironic given that it is less than two hours from my home and I make it a point to visit art museums wherever I go for work, vacation, etc. It has a superb collection of 16th, 17th, and 18th century fine and decorative arts. They also have a modern arts wing, but as you might expect I'm not terribly interested in most things post-1800.

The furniture collection, while not large, has a number of very nice pieces representing the Middle Ages right up to the early 20th century. To me, the absolutely masterwork of the decorative arts collection is this c.1690 Dutch cabinet. 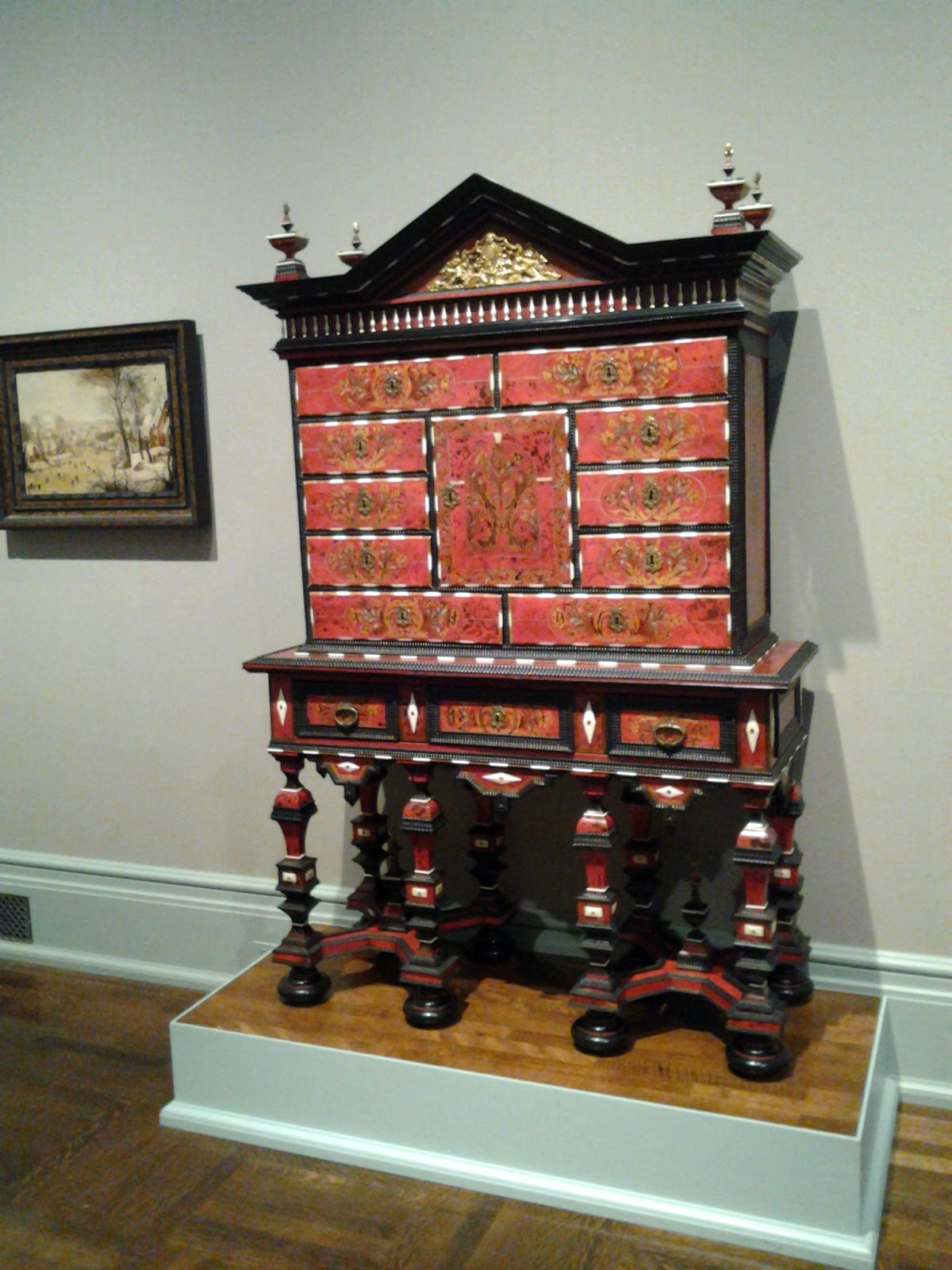 As the information card says, this piece is an absolute tour-de-force of the Dutch cabinetmaking trade. This real tortoiseshell, ivory, and ebony masterwork is even more stunning in person than in these admittedly questionable photographs. I was nearly kicked out of the museum for trying to see under the piece, and it took a decent explanation of what I was doing to keep me in the Museum. I spent more than 30 minutes studying this approximately 6 foot tall marvel.

I would say that I would like to replicate this piece... but there are two problems. One, the material is virtually impossible to find, and certainly in the amounts needed. Two, I doubt I have the skill! W. Patrick Edwards could pull off the marquetry I'm sure, but it is, for me, nothing more than an aspiration.

This is an incredible object on its own, but the most interesting this about it to me is that one can certainly trace the design elements from the Northern Italian baroque, through France and Holland into England, and ultimately into the William and Mary style pieces we find here in the States.

Here are more photos, again questionable given the no-flash rule in the museum, that show the intricate marquetry, ivory, moldings, and brasses. I would love to own such a piece but, alas, it is likely out of my budget... HA! 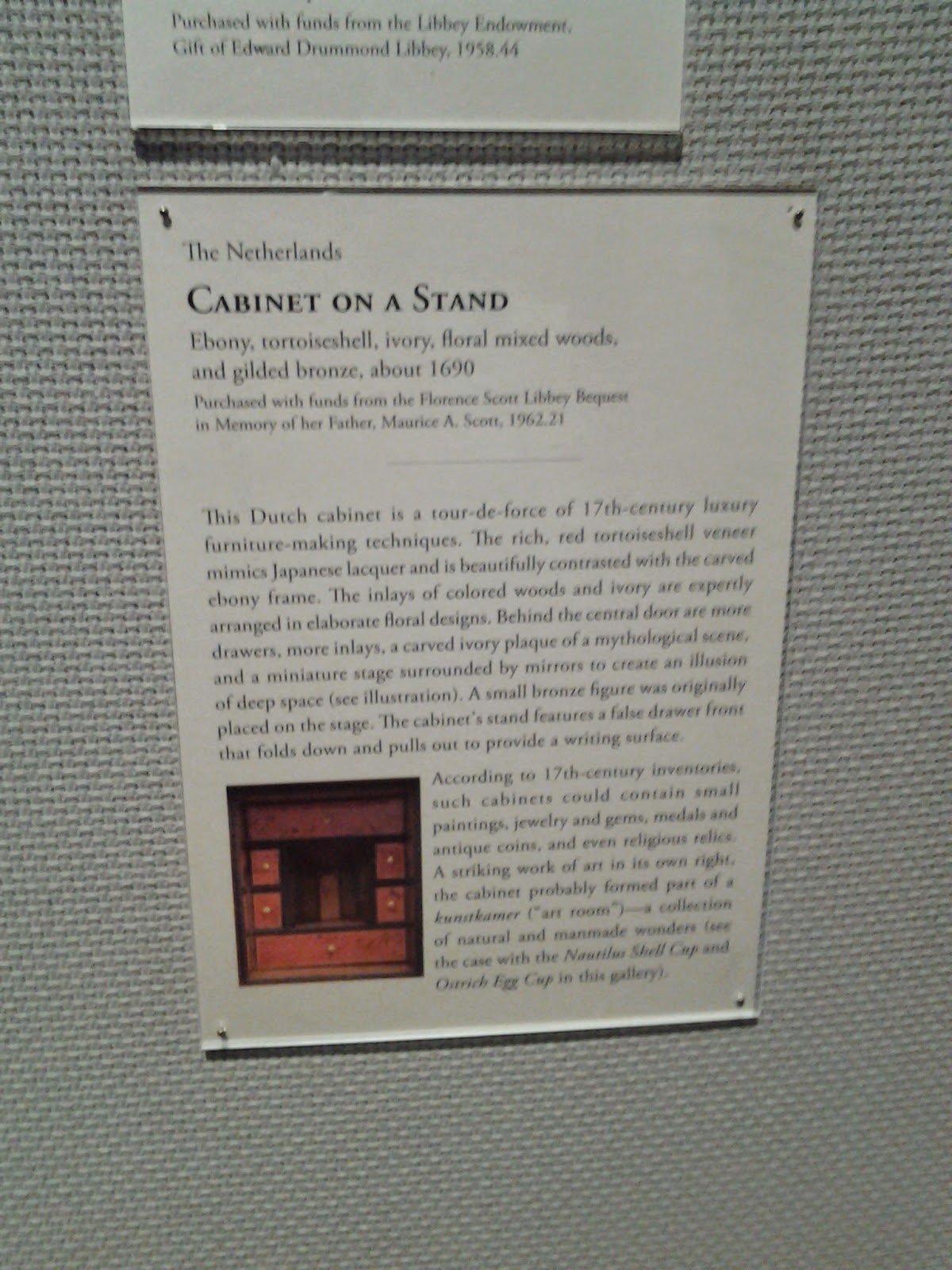 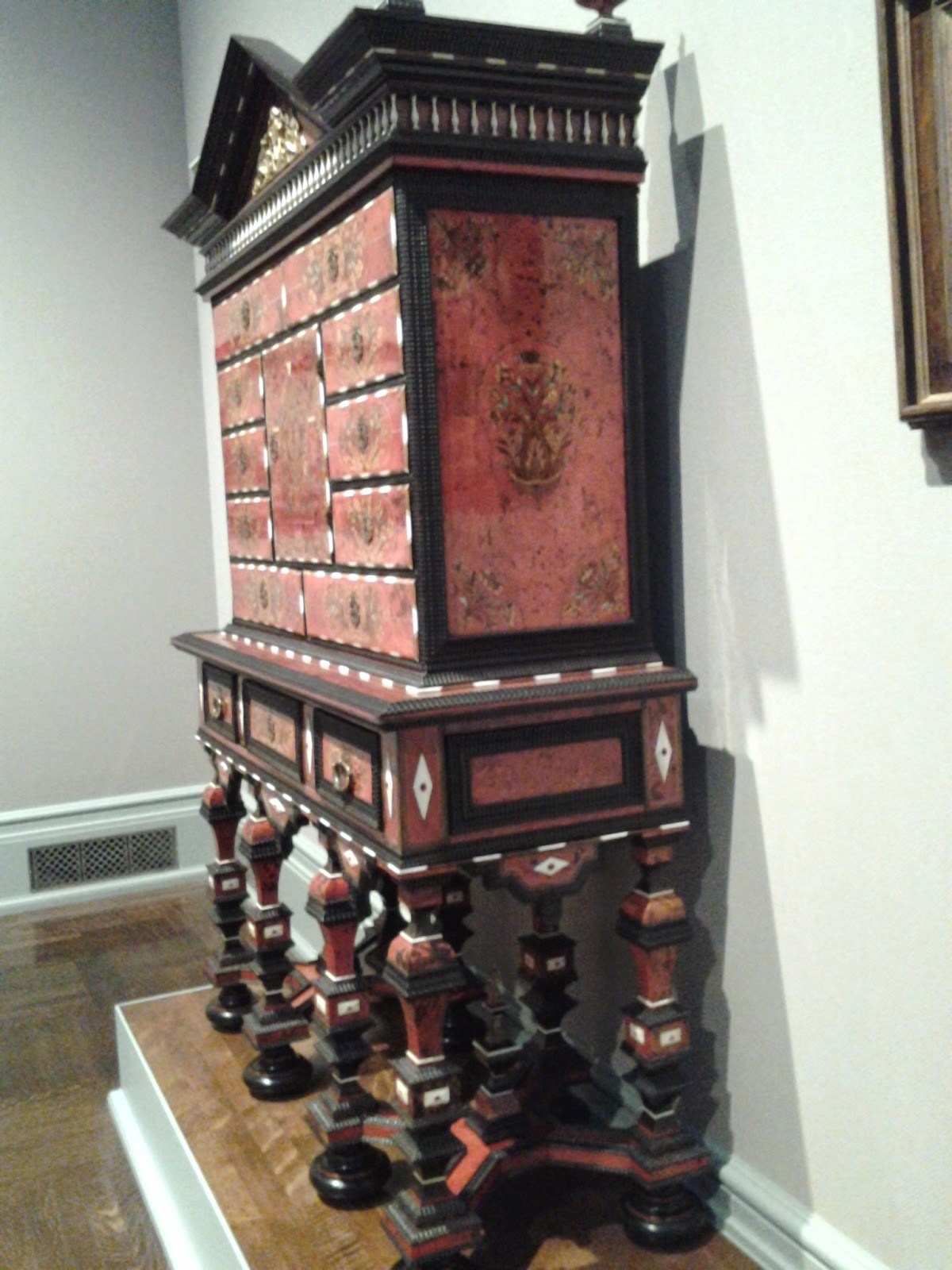 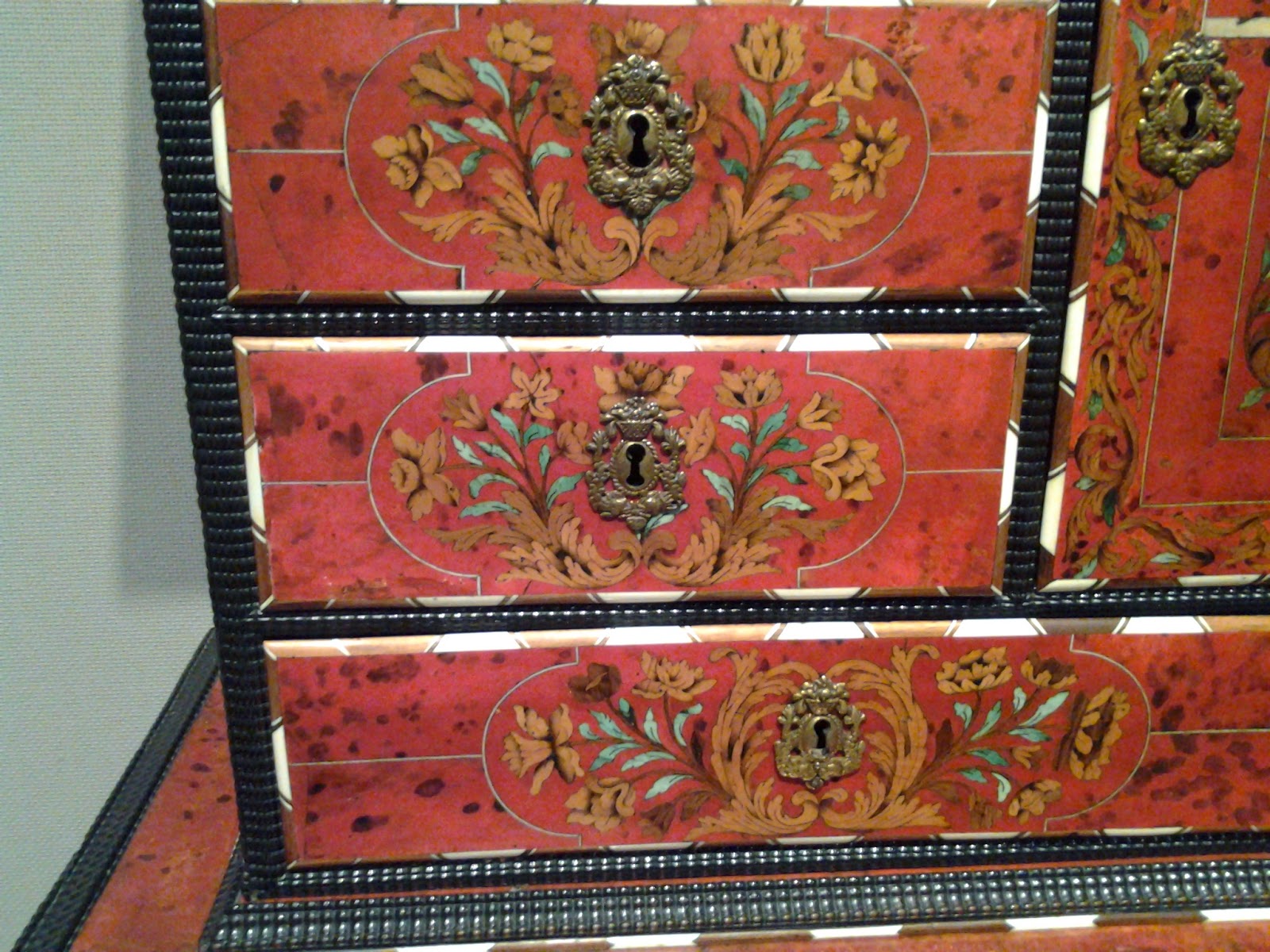 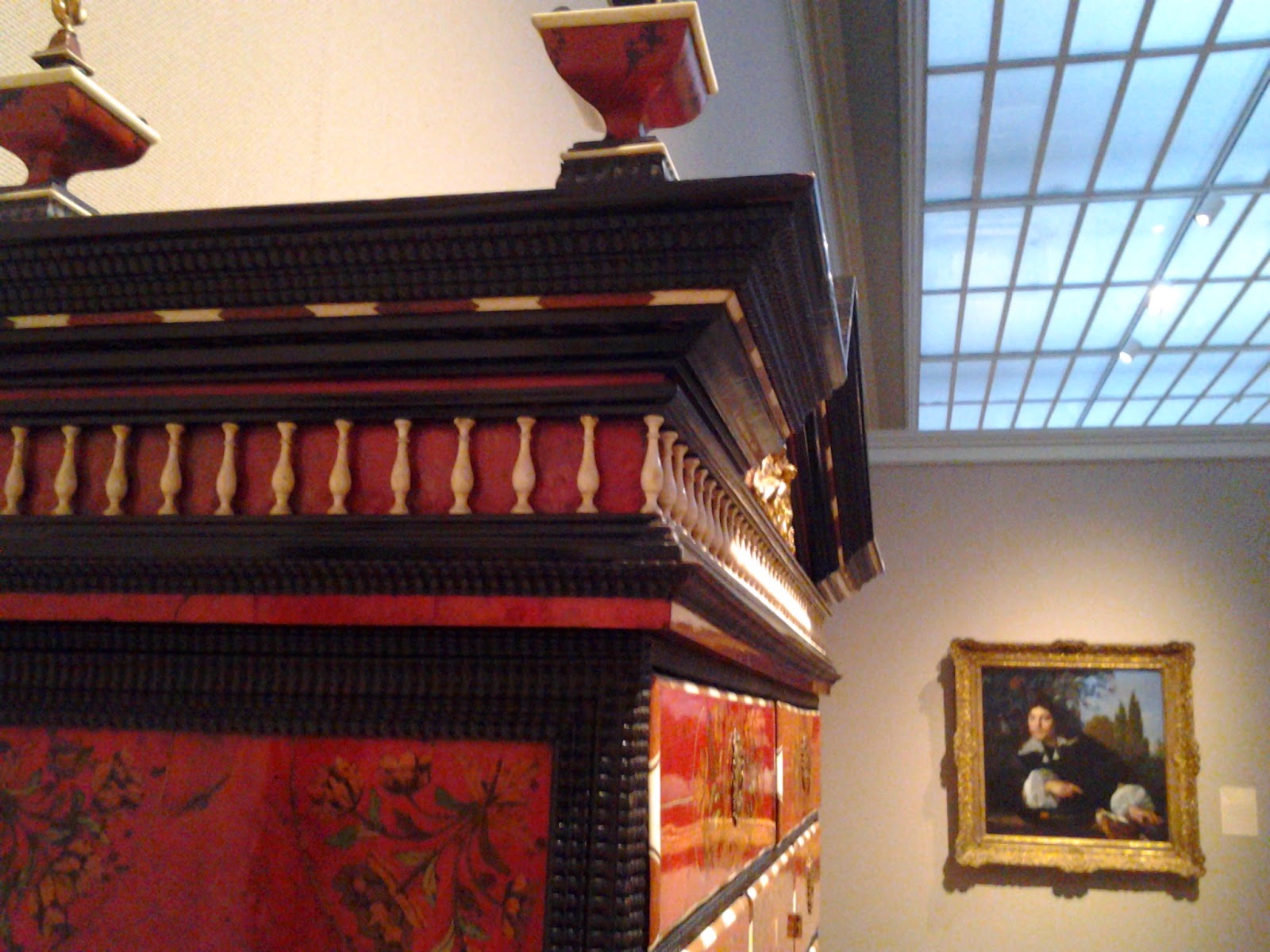 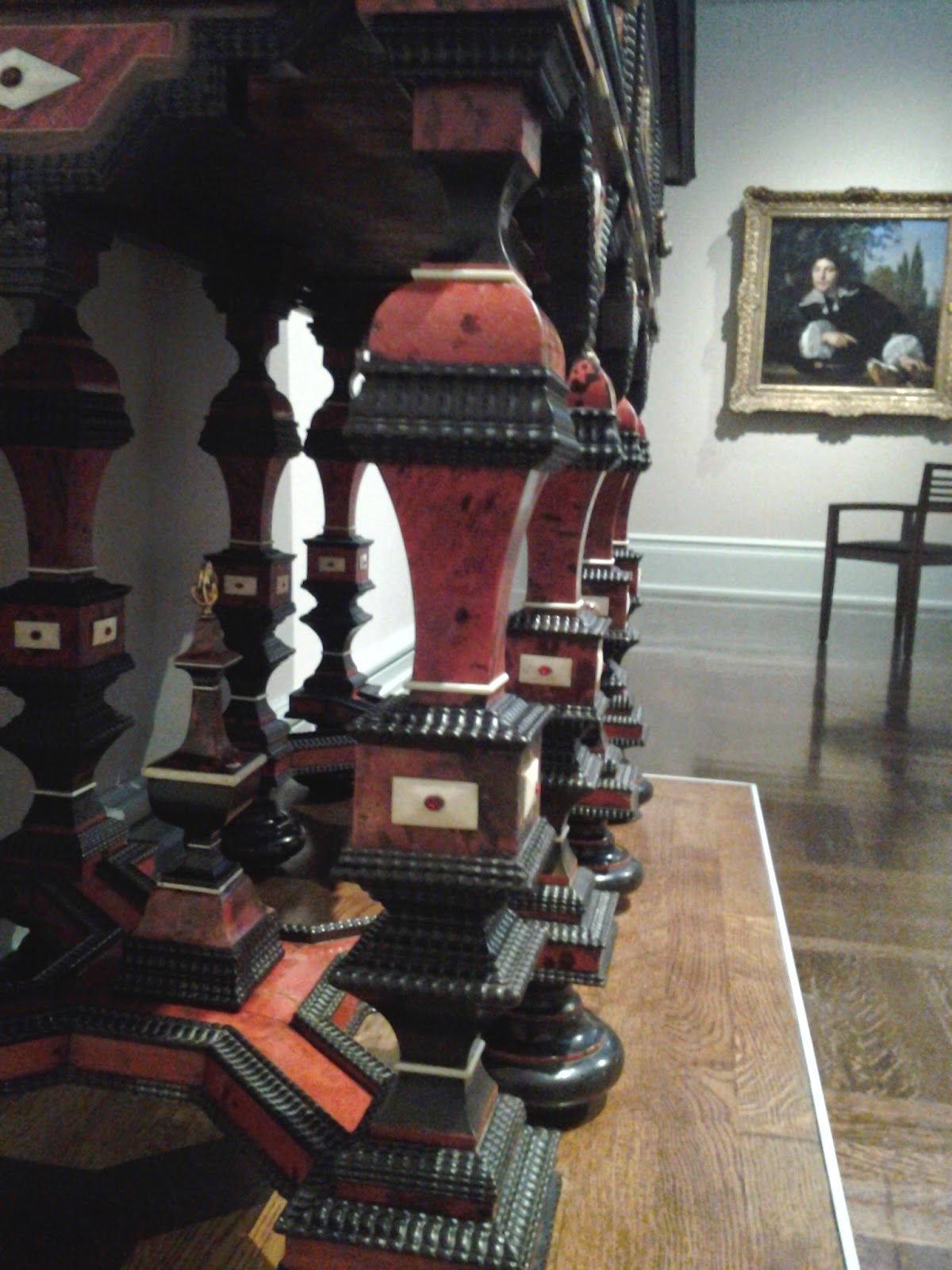 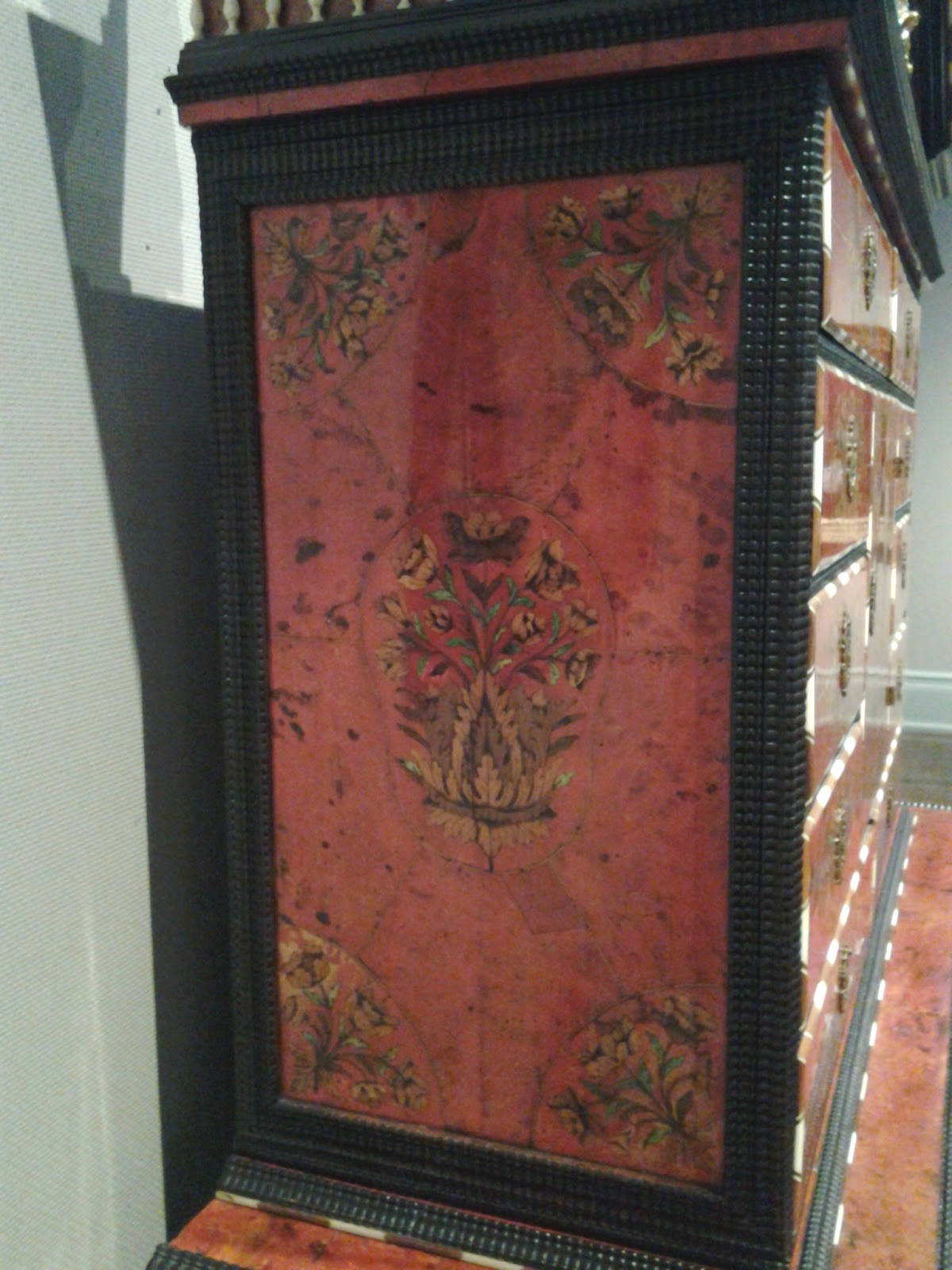 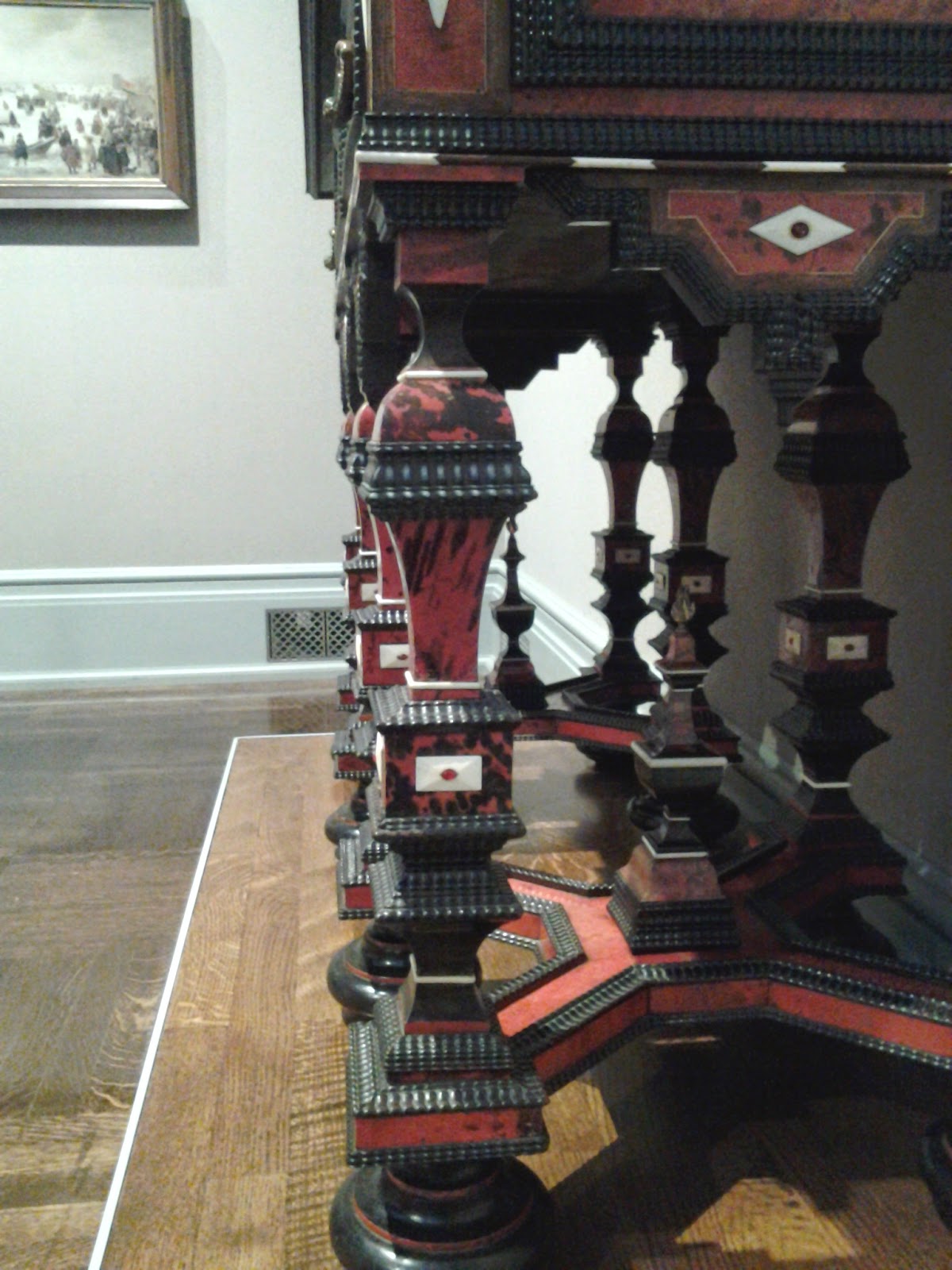 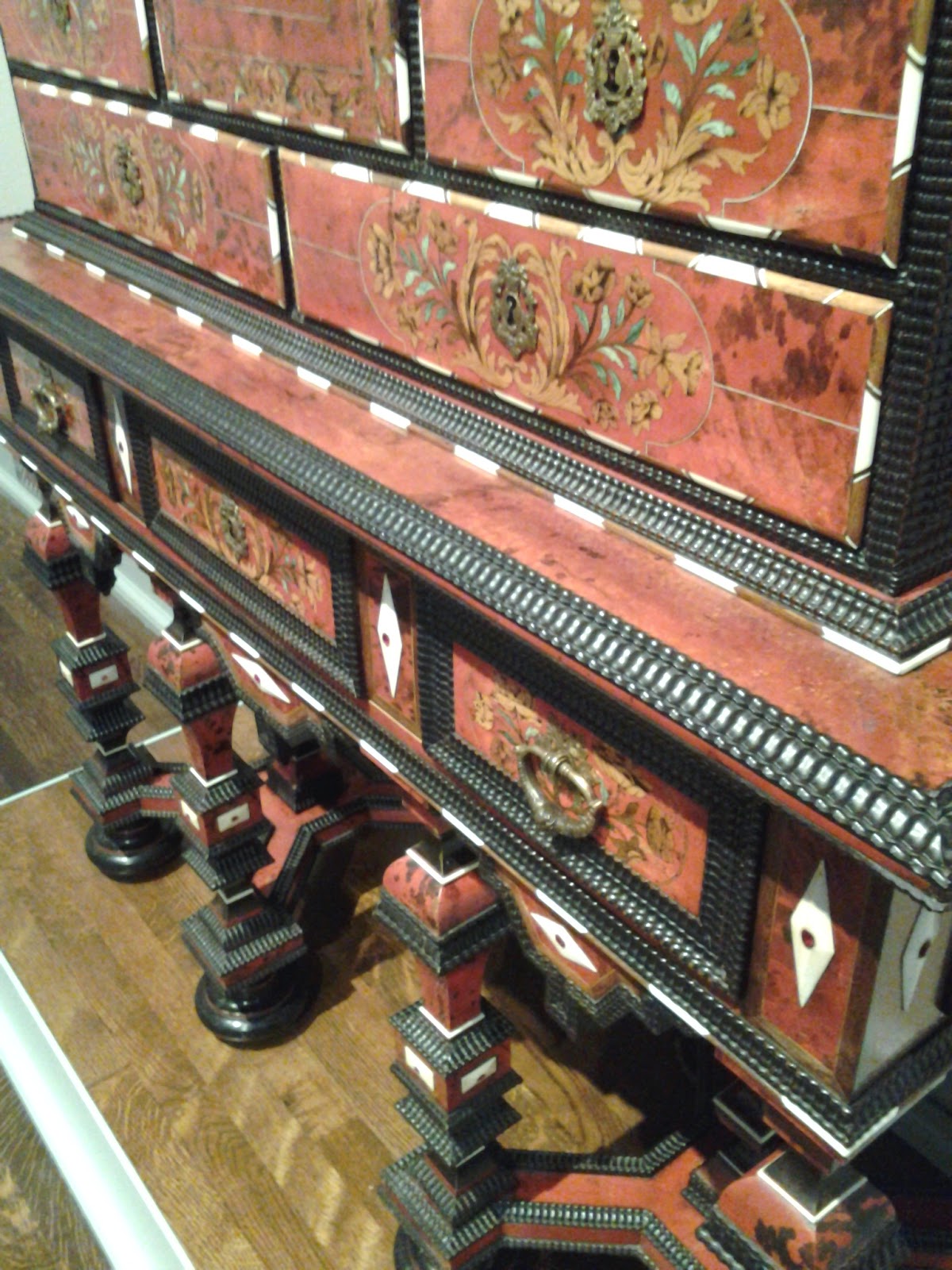 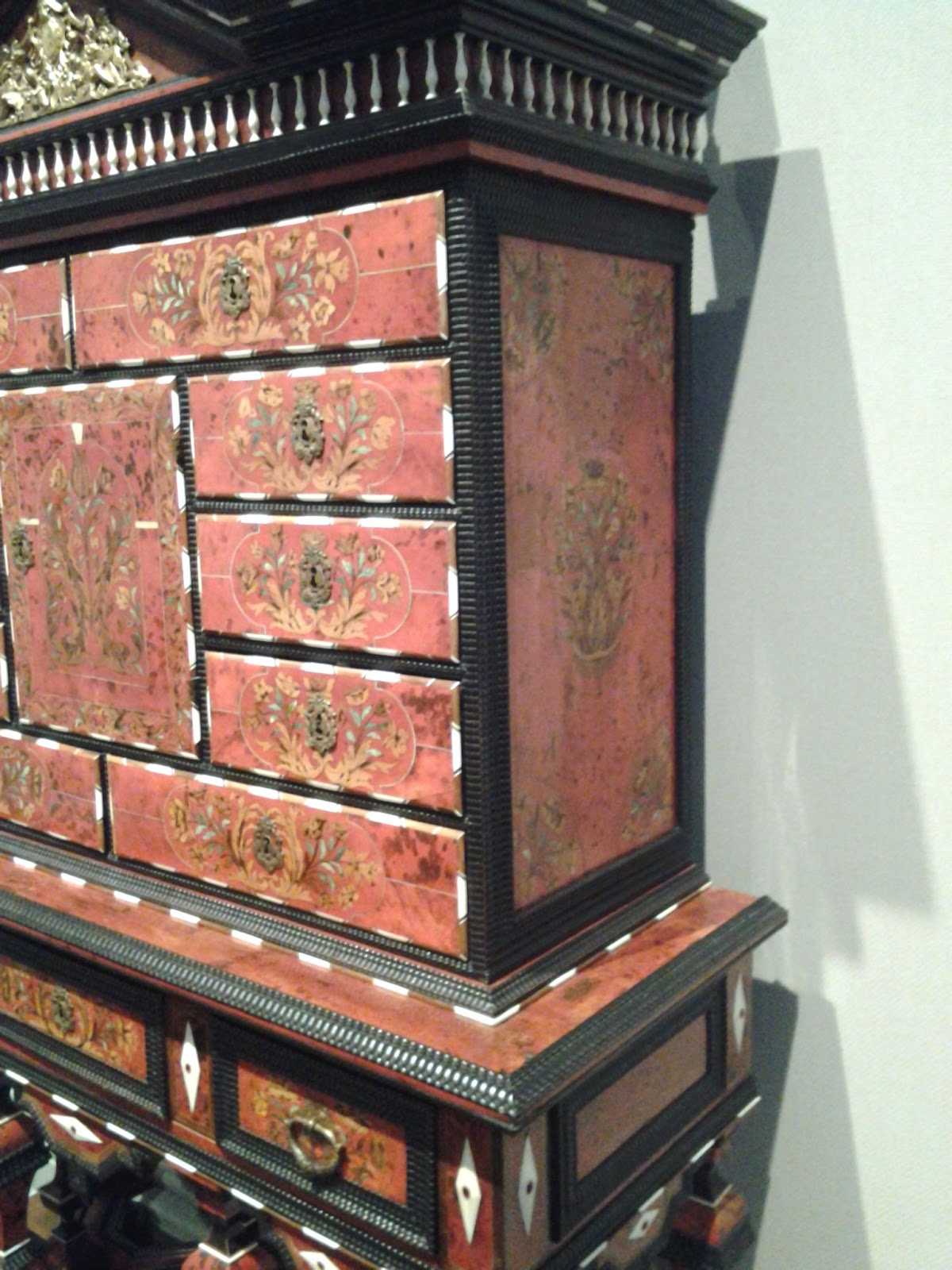 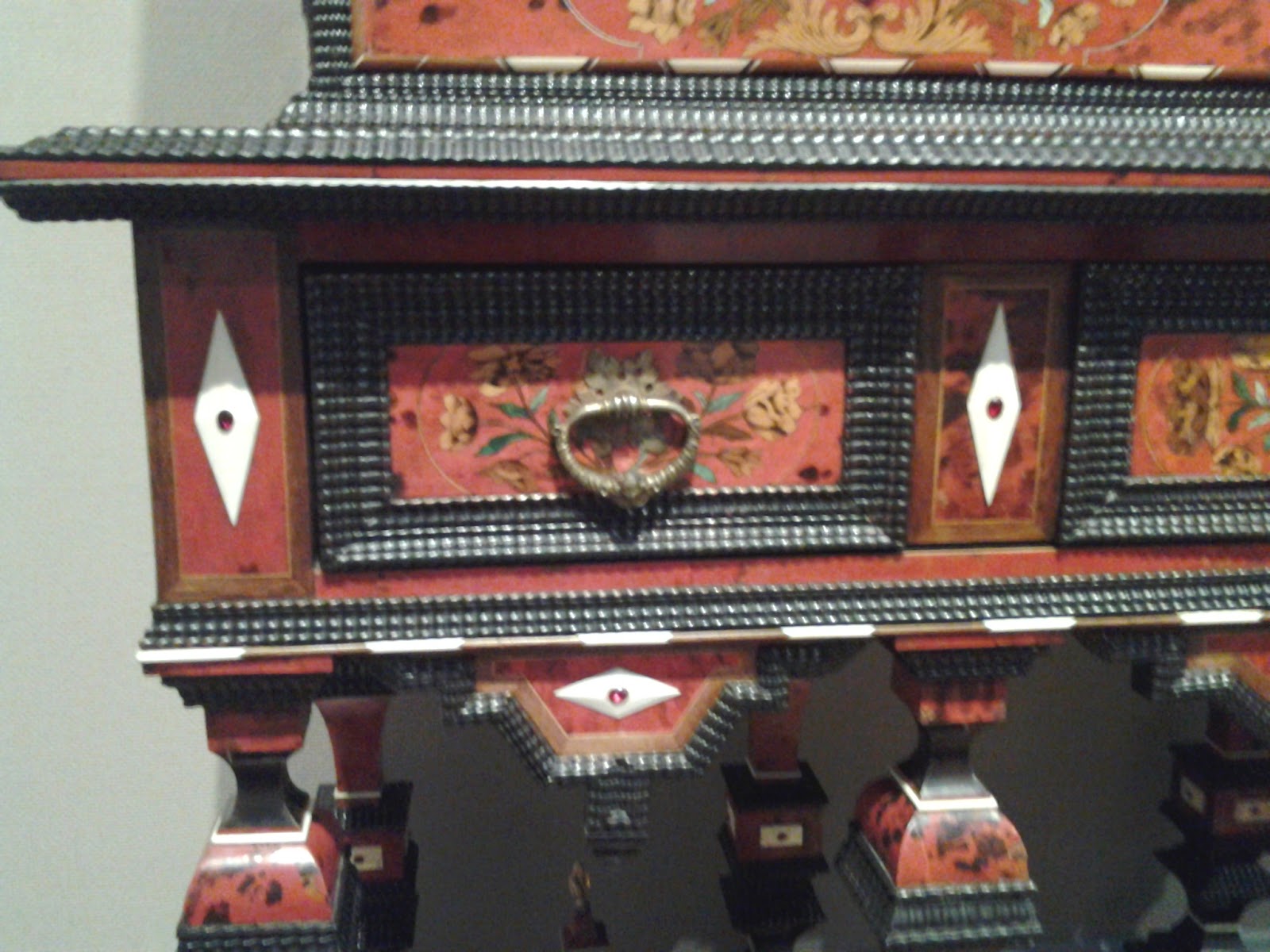 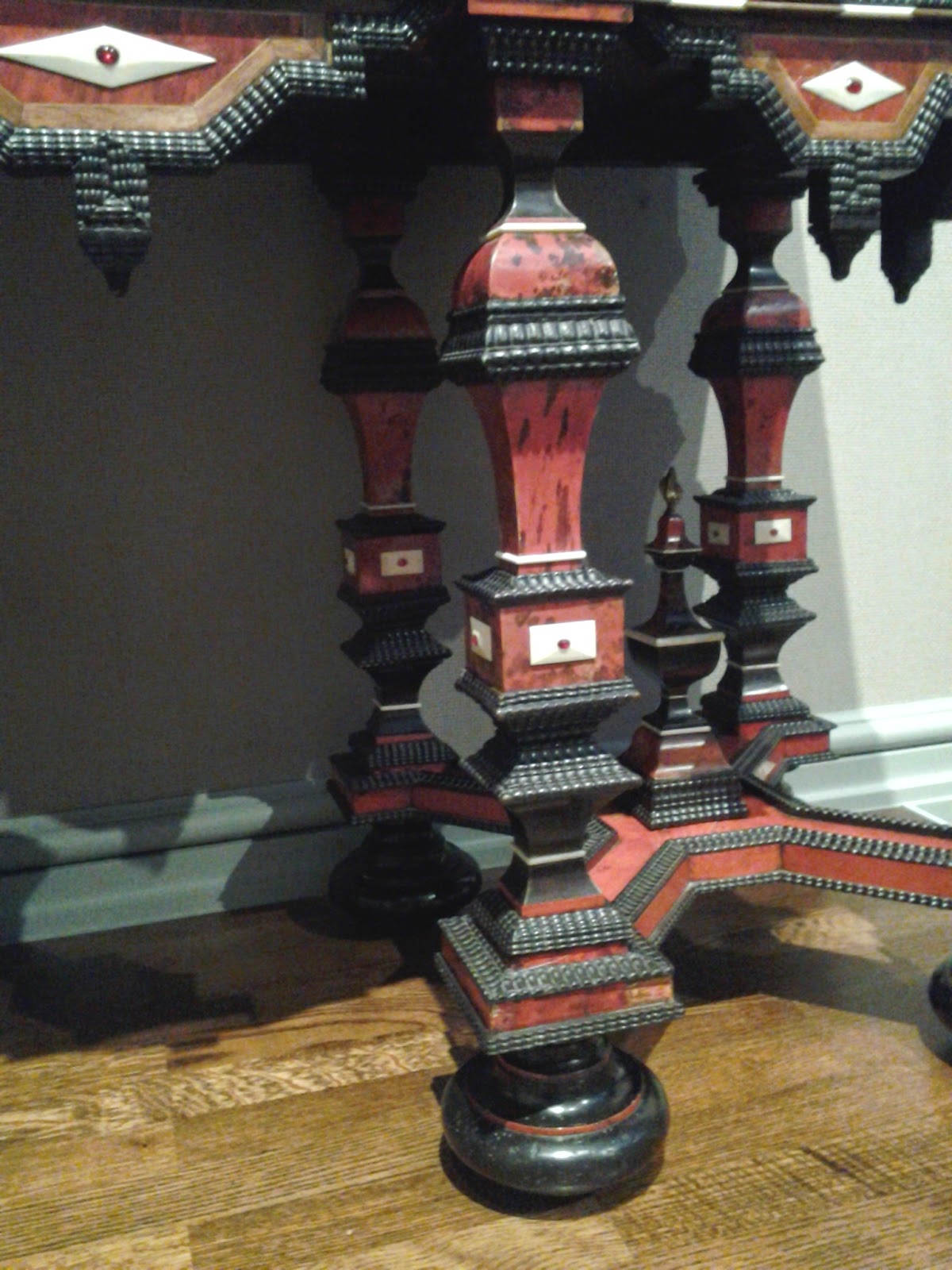 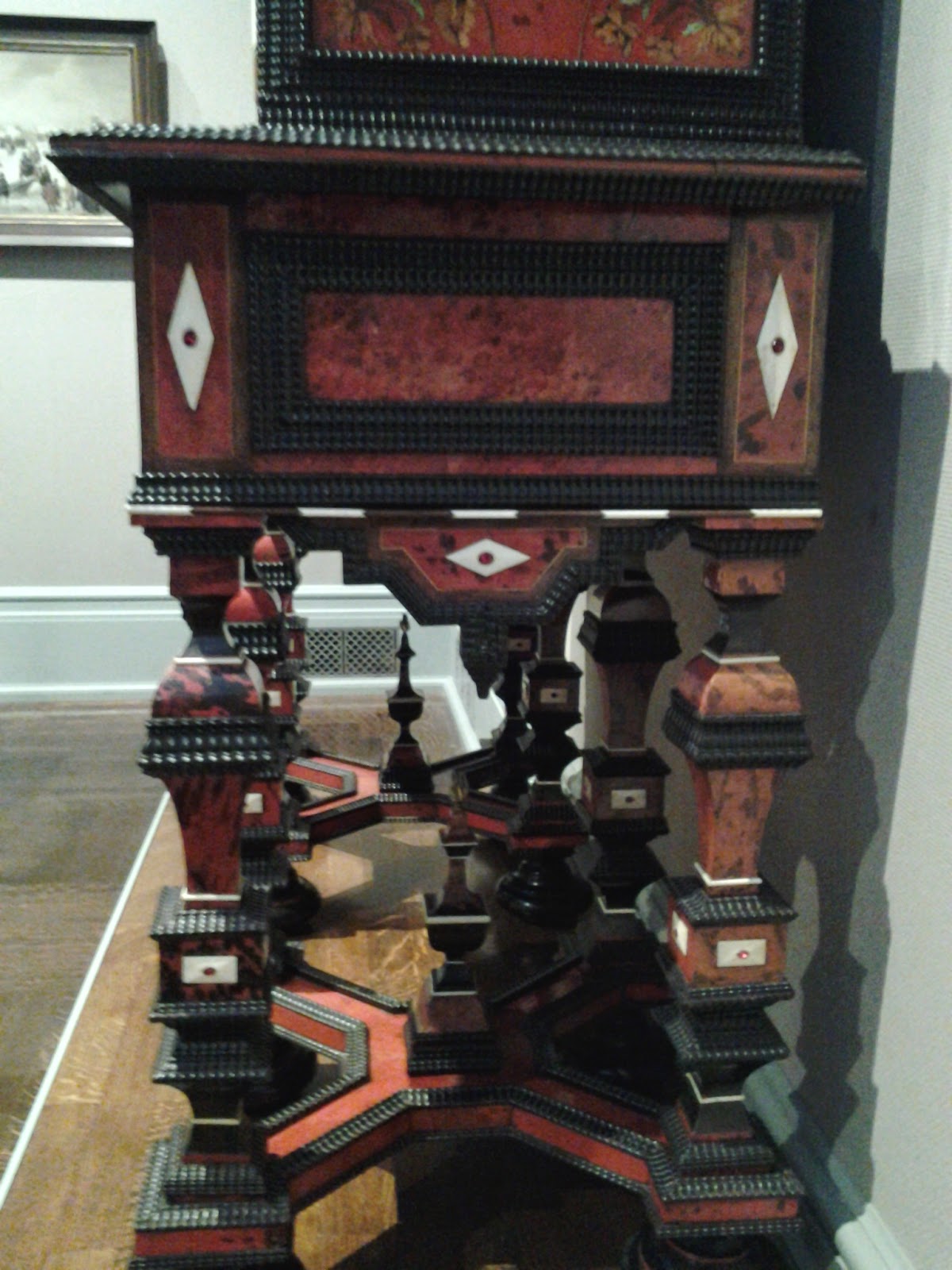 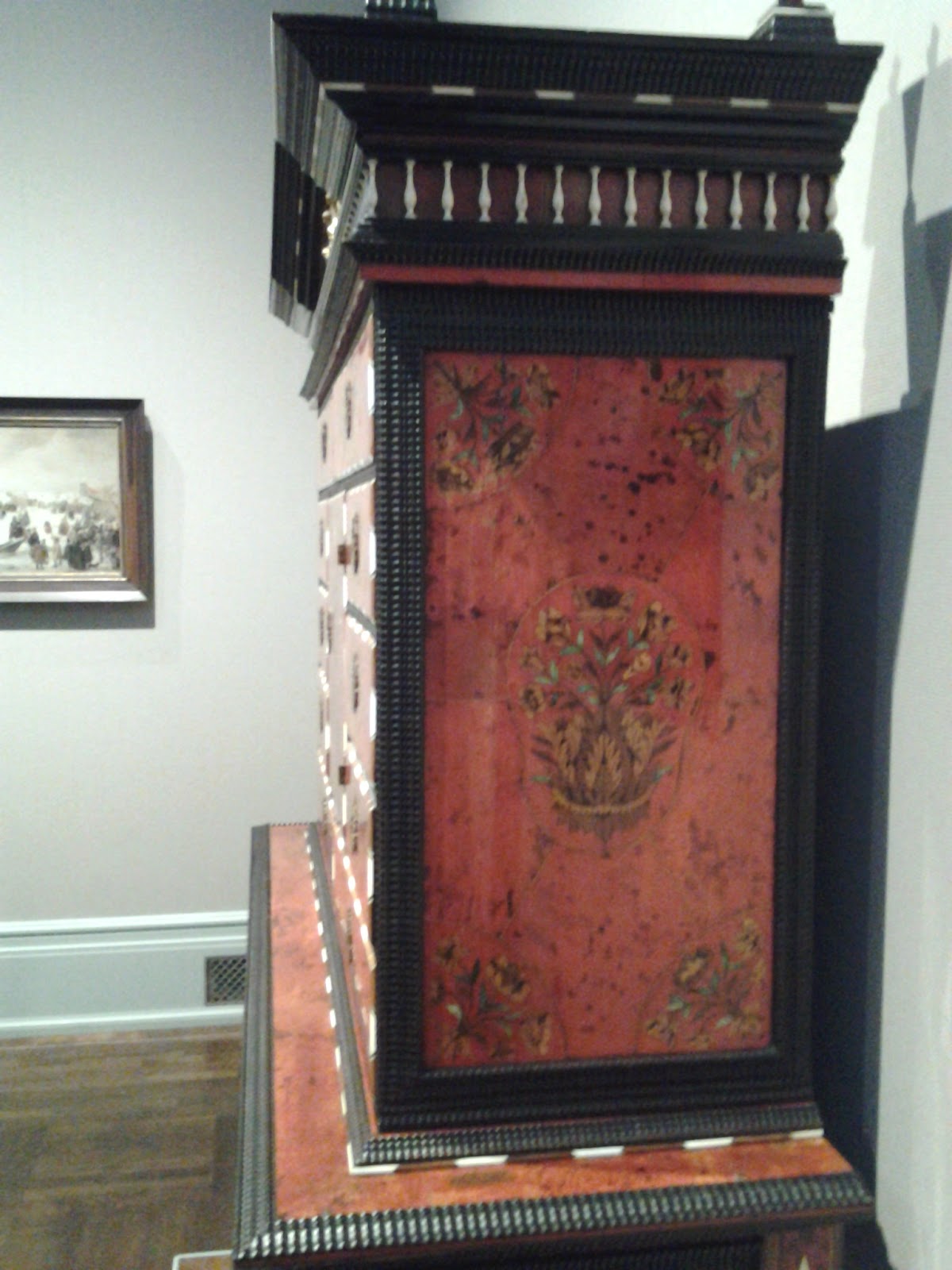 One update on my polychrome dresser... the drawers are done, now I just need to decide on a front foot... the turned foot on the original is likely not the original... the front stiles probably extended all the way to the floor. So... square extensions of the leg or turned foot? That's the next big challenge, then its on to paint!