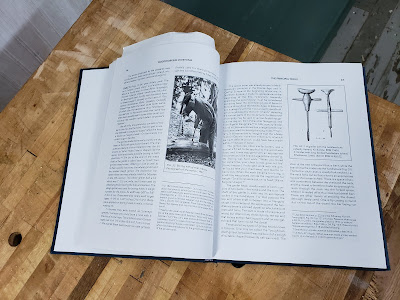 A couple of weeks ago, I finally had a chance to pick up Lost Art Press's version of "Woodworking in Estonia". Despite being an avowed acolyte of Roy Underhill, who states that this particular book is his favorite, I'd never before read Vires's masterwork. Well, that has now changed and, frankly, it is eye opening. It made clearer so many of the relationships between tools, names for tools, and how their usage has evolved. I highly recommend the book, available here.

The book, coupled with a reread of Issue Six of Mortise & Tenon Magazine, led me to undertake a new tool project. You can see the original in the upper right hand corner of my opening image, a Swedish-Estonian breast drill. Being sans lathe at the moment (a situation to be corrected soon), I opted for the simple style shown on the right.

Vires says that many, if not most, of these drills were constructed predominantly from birch and I just happened to have an appropriate piece.

The work began with laying out the rough blank then ripping and crosscutting it free. 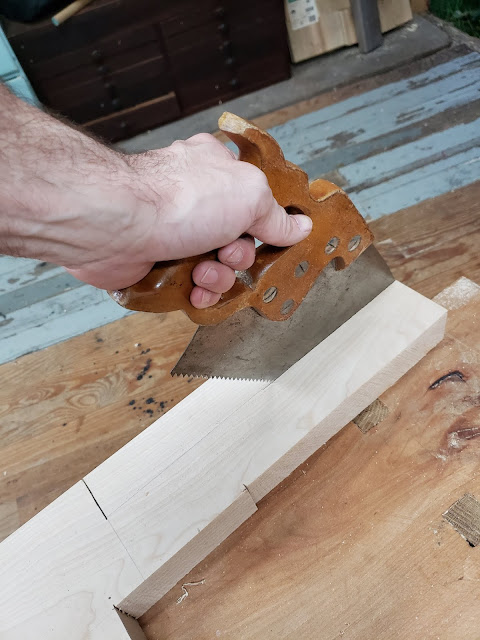 I then planed to my layout line giving me a square blank which enabled me to accurately lay out the center of the piece on both ends. 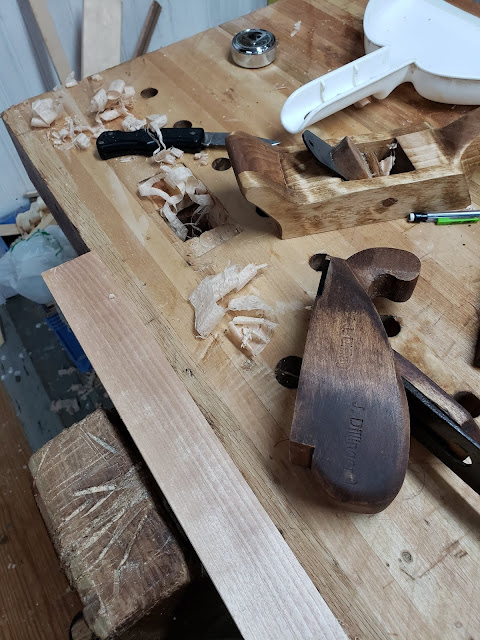 I then used a center bit, with the central pike in the center of blank, to lay out the end tenon which will ultimately go into the chest stock. Using a crosscut backsaw, I sawed in to rough depth on all four sides before splitting away the waste with a chisel. 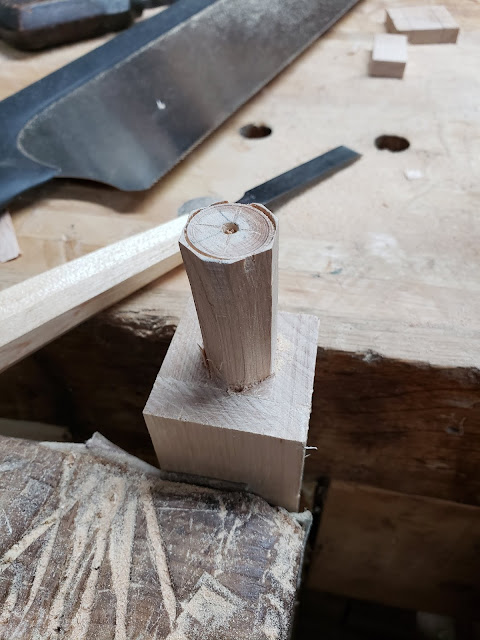 I then used my Stearns hollow auger to cut the tenon perfectly round. 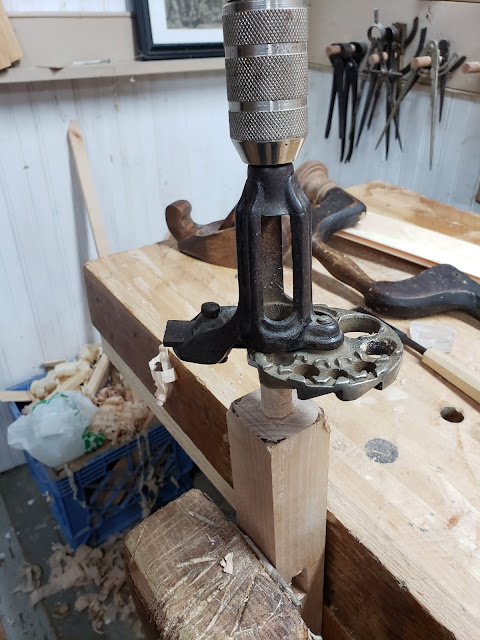 Some basic shaping, a chopped mortise in the center, and a long turning bar were then made completing the lower part of the drill. 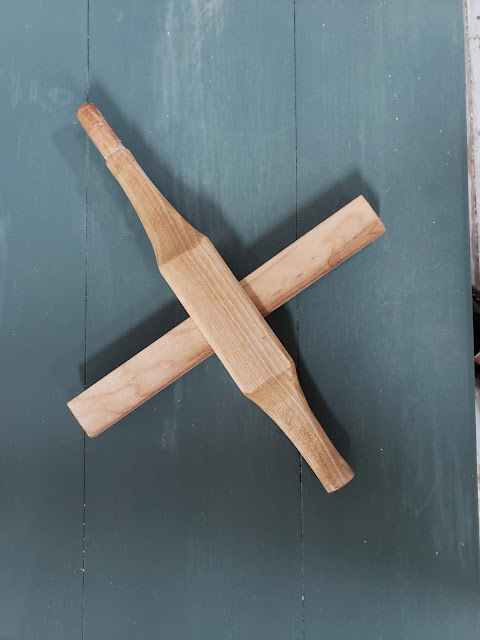 The next post will be a detail of creating the chest stock from a piece of maple firewood. After that, I'll cover the process of fitting a pewter collar and burning an auger bit into the stock.