As I continue to sort, sharpen, and shine up my tool kit to prepare for book-related work (and more importantly book-related photography), I decided to sort out my lack of a proper 18th c. single iron jack plane.

I had some free time on Sunday and was lazily flipping through Colonial Williamsburg's "Tools: Working Wood in the 18th Century, I saw this excellent little example of a single iron Dutch jack plane. 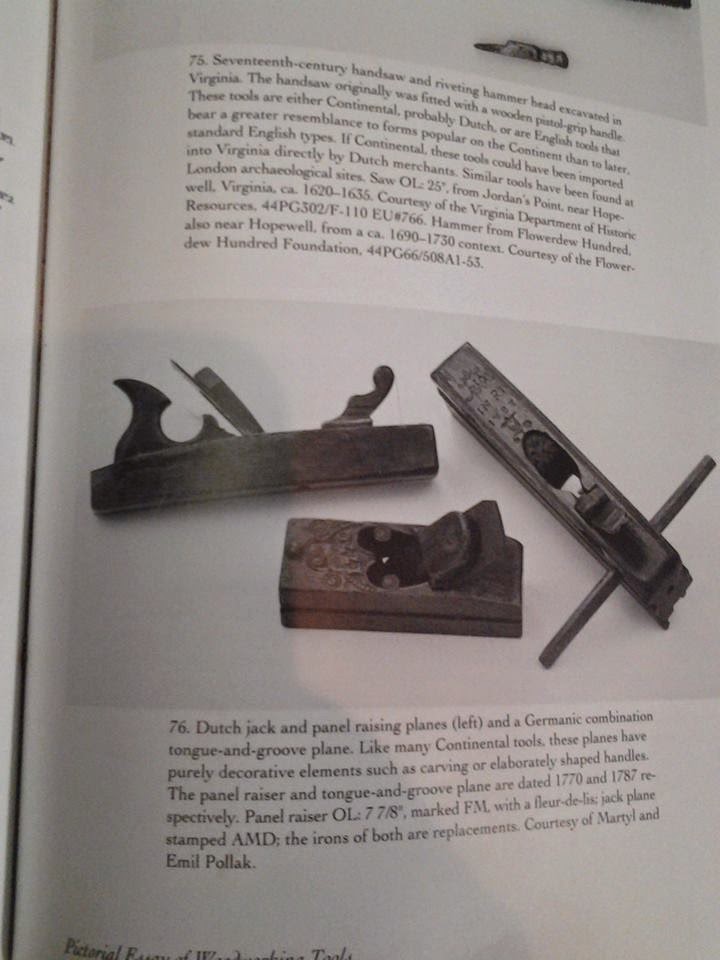 It has a very stubby rear tote typical of the period (you really push the plane with the area between your thumb and pointer finger, loop the pointer around the front of the tote, and drop the remaining three fingers down the side of the plane in use). It also has the very sculptural front handle, a feature not typical of wooden planes. I decided to give this one a go and see what I could come up with.

Only having a short period of time, I chose to modify a very sad and broken down 19th century jack I have. It has a single iron but the iron is not, I believe, original to the plane, leading to a poorly fitting wedge. So, in addition to the the new handles, I had to make a new wedge.

I did some severe surgery to the plane. The tote was broken off about 1/2" above the stock, so I dug the remnants out and sized the rear handle to fit (which the Dutch handle's specs did with very little modification). I also cut an inch off each end to get rid of busted up areas, cracks etc. Finally, even though it pained me, I smooth planed the original surface off the plane. It was dirty and looked very weird with the cut-off ends. May the Tool Gods forgive me.

Ordinarily I wouldn't take such drastic steps but this plane was one good shop-cleanup away from the woodstove, so no harm was really done. It wasn't functional as a plane and wasn't doing anyone any good, so I've given it new life.

Here is what I came up with. I had some oak of the proper thickness, so I went with that. It should hold up fine. If not, I'll just drive the oak dowels (the above picture is dark but the dowels holding the handles in are clearly visible) out and make new handles. My apologies for the darkness of the pictures; I finished this up about 9pm yesterday. These pictures show the linseed oil but not the shellac / wax that I did late last night. 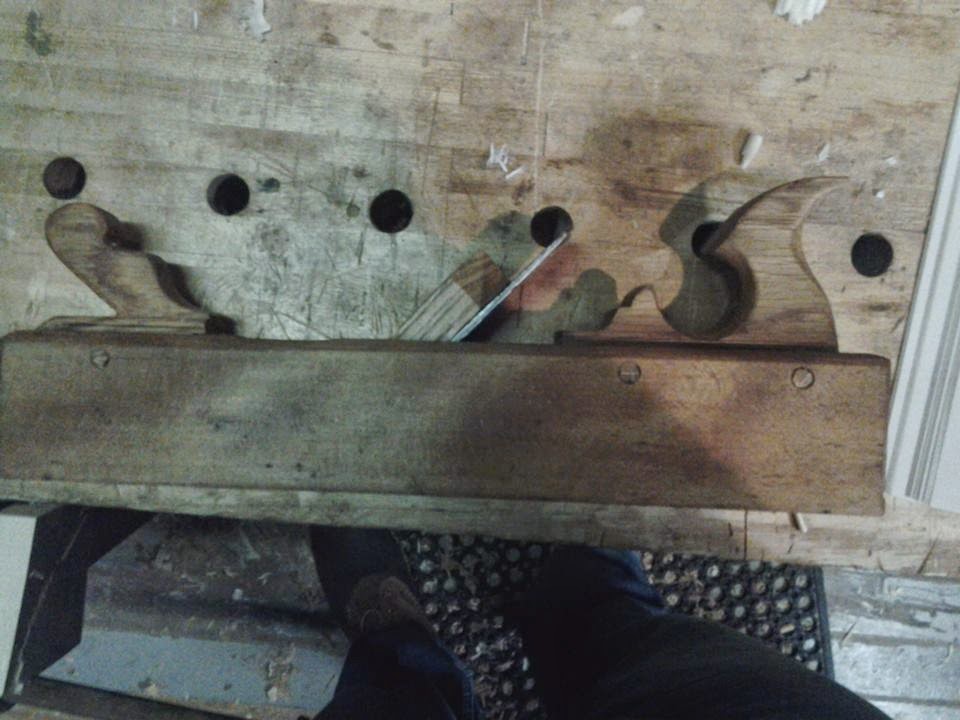 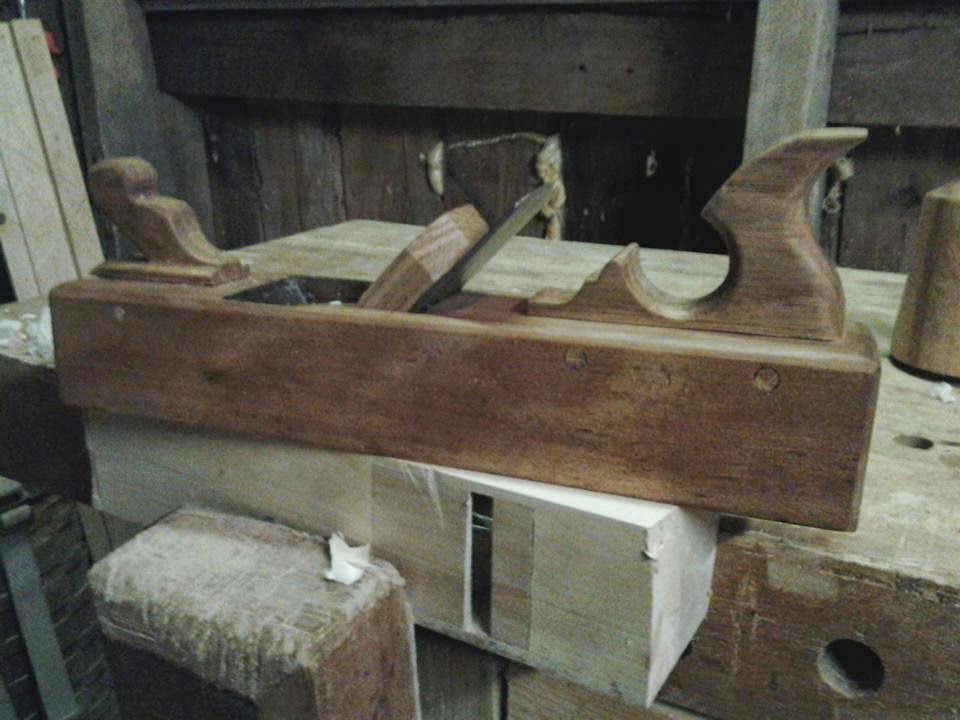 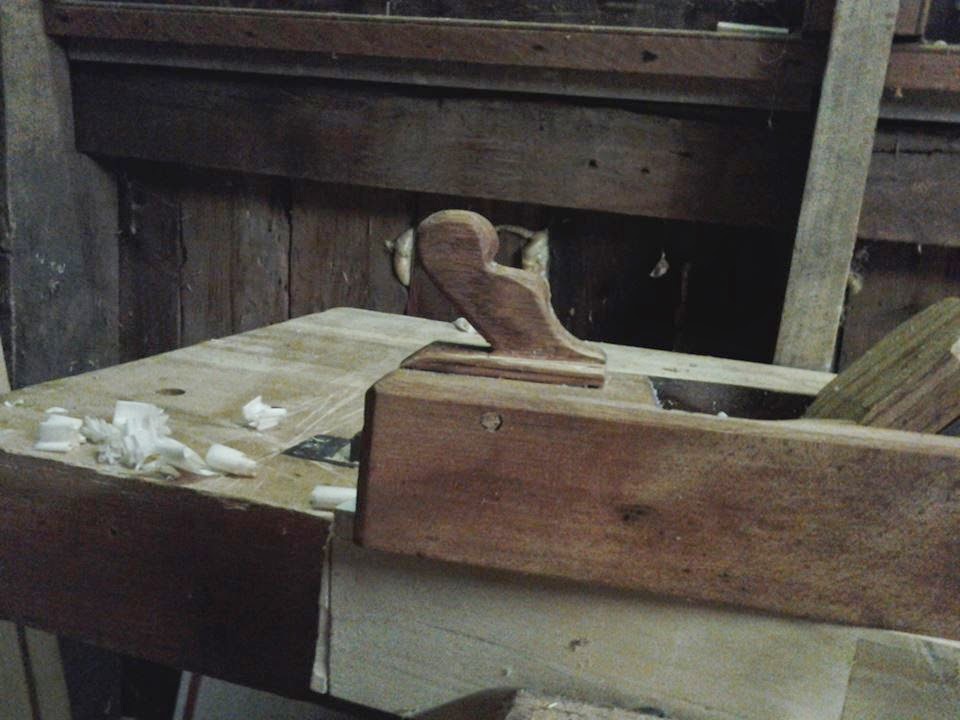 And here's how it works. I'm planing a little on an aborted hard maple jointer plane project that I keep around for such tasks and for taking bits from now and then. 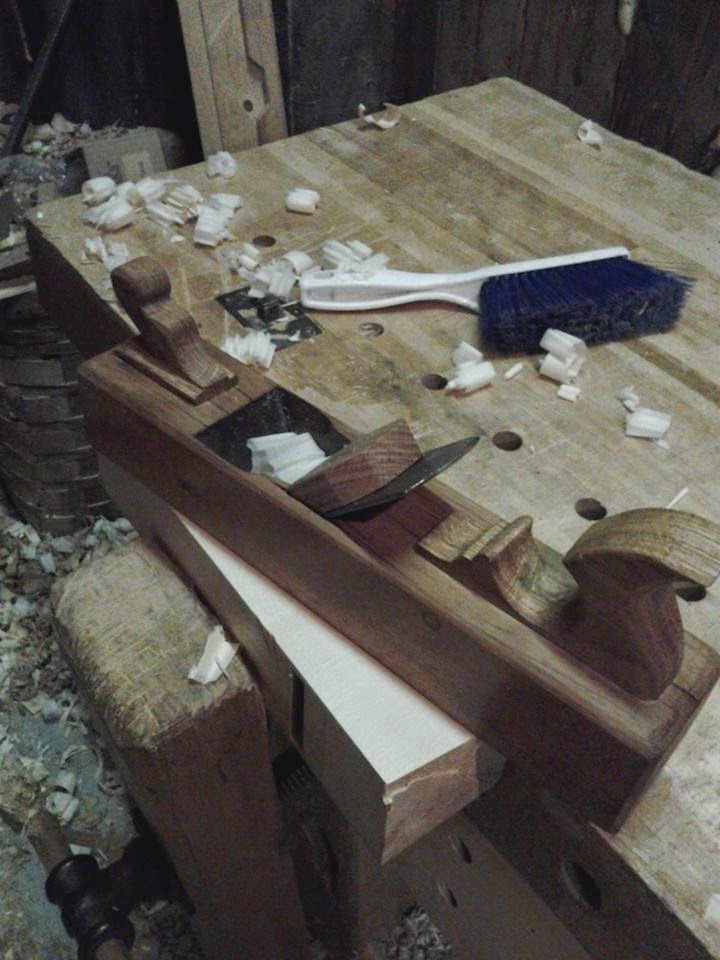 It takes a fine shaving, but more importantly it leaves a nice glossy surface. I have no doubt this plane will become a favorite, rather than a sad, unloved relic in my shop loft as it was at the beginning of Sunday morning. The tote takes some getting used to for someone who is used to a taller, more modern grip, but I suspect it will be just fine over time.